Living in Phoenix: The Good, Bad and Ugly

Are you planning on moving into Phoenix this year and beyond? If your answer to this question is yes, then this is certainly what you should be reading at the moment. Living in Phoenix is a fascinating experience that is better felt than told.

Phoenix is home to some of the best parks, views, restaurants, and recreation centers in the whole of Arizona. Like any other city, Phoenix is one place where the bad and the ugly coexist with the good. If for nothing, consider this article as a preparatory class to living in Phoenix Arizona.

The following are things you need to know before moving into Phoenix, in order words, living in Phoenix pros and cons:

Living in phoenix pros and cons

This is one thing about Phoenix that scares a lot of people away. The weather condition in Phoenix is not like many other cities in the United States. The winters are mild while the summers are harsh. All year round the sun is out.

So, if you are one who prefers a day in the snow over a soak in the sun, you should be in the know about this.

If you have kids, then the Children’s Museum of Phoenix, and Castles N’ Coasters will leave you with beautiful memories.

There are not only parks for humans in Phoenix, dogs have separate parks where they can socialize with other dogs and play with their owners. These parks have separate places for big and small dogs. There are also off-leash areas where dogs can roam freely. PetSmart Dog Park, Margaret T Hance dog Park, and RJ Dog Park are dog parks you should try out with your dog when you go to Phoenix.

“What is it like living in Phoenix Arizona?” is one question that is often asked both online and offline. For one, living in Arizona is more affordable than living in neighboring cities around Arizona (such as California). The property tax rates are reasonable, and the median cost for a home in a good part of the state is just over $300, 000.

Rent ranges between $700- $1500 monthly (for an average apartment in the city), and there is a light rail that makes transportation miles easier.

Overall, the cost of living in Phoenix is great, and it is probably one more reason why you should consider moving to phoenix.

In conclusion, Arizona living is not without a mixture of the good, the bad and the ugly. It is what makes her the beauty she is.

Conclusively, instead of asking “why live in Phoenix,” the question should be, “why not?” Additionally, Tammy is here to make your move to Phoenix a breeze. She will put her knowledge, network, and expertise into finding you the best home possible. All you have to do is give her a call at (480)-848-7173. 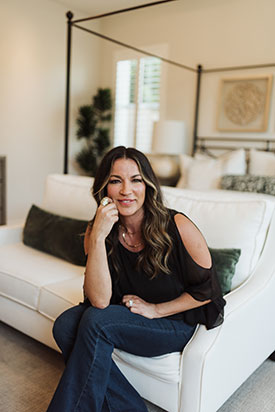